This post is from a good friend of mine named Narb. He asked me a few days ago to share his thoughts about RPGs and wrote this article for the Nerd Blog Collective. Narb is an avid player/GM for a lot of different fantasy RPGs and has been referenced at least twice in my work so far. Please feel free to comment and share this article on any of our social media links and Happy Gaming!

I know I run the risk of ruffling a few feathers when I say this, but I believe that New Vegas is the Alpha of the Fallout series. Fallout 3 was great! But it was, in many ways, a start—it didn’t have nearly the interaction that NV boasted (and don’t get me started on Fallout 4. Amazing and terrifying prologue that only went downhill from there). In Fallout 3’s defense, having Liam Neeson as a dad is a pretty solid claim for any game. 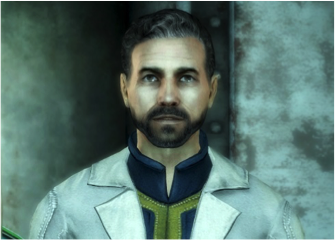 I was quite Taken with him myself.

But the reason I’ve digressed into the world of post-apocalyptic video games is to remind players (and regale those who have not) about Hardcore mode. As a refresher, in New Vegas you had the option to require that your player eat food, drink water, and catch enough shut-eye to not fall over and die. I almost always turned it on; some strange part of my brain decided that as long as I’m fighting mutant cockroaches and gigantic Tarantula Hawk Spider Wasps, then goddammit do I need to make sure I’ve got some routine in my life. In a similar vein: when I first got Skyrim, my first thought was not, “what spells should I learn”, or “where’s the nearest dragon, I need to slay some shit.” No, it was, “I need to make sure I have enough cabbage for the road to Riften”. 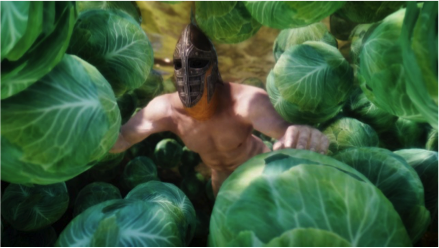 So if this is not you in any way, form, or fashion, then you may continue reading in a detached state (because I am going to assume you were wildly vested in my writing previously).

Real world constraints are the spice of life

One of the variants my brother and I have always talked about was what amounted to this “hardcore mode” in RPGs. Some of the dialogue exchanged included strict measurement of carry weight and fastidious regulation of food and water. But for immersion’s sake, what could we do to make this all work? The rules exist already; I will link to a scant few (particularly from Pathfinder, where I am most familiar). But I will also try to avoid numbers in this article, which may seem like a contradiction. After all, why bother with the minutiae if you don’t roll for it? Because it’s less about the rolling than it is about the realism. If you look hard enough, there’s a stat block or table for anything. But the important thing is to simply remind the players of their physical limits. In the end, hold them to their limits shown in the rules, but it’s not necessary to consult the dice if everyone is on board with attempting the extra concerns of food and rest. We’re returning to the days of AD&D, where you always double-checked your ration supply before every dungeon delved. The focus shouldn’t be the realism; it just becomes another factor in the quest, like hit points. A word of warning, though; don’t try this unless your group is excited to try it as well. Otherwise, you will forever be branded the killjoy behind the screen.

Plenty of RPGs have rules for carry capacity already. If I were snarkier (and more industrious), each one of those words would have been a link to a different RPG’s carry capacity table. But let’s be real; no one follows these. Characters, especially low-level ones without good loot, will pick up any sword with an edge left on it. Despite not bringing a backpack or place to store it, it’s easier to let the players hoard like the Dragonborn than to explain their robe doesn’t have that many pockets.

So this step of the “Hardcorization” process doesn’t rely on making up new rules; just on enforcing the old. Have the players bring backpacks. Use common sense to determine not just how much weight the character can store, but volume as well. Unlike most video-games, Full-Plate armor doesn’t simply disappear into your butt-pocket for safe travel. Even a Bag of Holding would have a hard time fitting the chest piece through! And the time it would take to strip down the dead foes? Let’s just hope your group isn’t chasing anyone.

D&D is not a cooking simulator. Well, it’s not designed that way at least. We don’t want to focus on making the food; just making sure there’s enough to last during the adventure. In some games, you can simply buy “rations”: fantasy MREs, basically. Buying rations can bump elbows with weight limit; even the richest adventurer can’t carry 100 rations around without magical aid. As for water, it’s easy to forget how heavy and voluminous water can be! A typical waterskin weighs four pounds, and only carries half a gallon of water; a medium humanoid requires a gallon a day, typically. You can bet if you’re playing a game with magic, a supernatural source of water is one of the best purchases you can make. Relatedly, I was talking to my brother about this article when he reminded me of some excellent advice.

“I think there are some low level druid spells that feel really useless when the realism starts to slip. Create Water and Divine North jump to mind as spells that would be very useful, but end up being useless.”

The inclusion of these spells implies a certain level of realism expected by the designers (or at least the intimation of starvation and survival as a possibility). Druids are not the only one with pragmatic spells; Clerics can also create Water and Food. One thing that cannot be magically created is ammunition. In regard to carrying weight, it is the other elephant in the room. Arrows are so cheap that it becomes easier to drop five gold pieces for what you need, and reenact 300 with the rest.

“Ehhhhhhh fuck it, I don’t want to keep track of silver.”

For characters who are attempting to keep all this in mind, I recommend giving them a place to store their items at a home base of some sort. Although free real estate may seem too charitable, it serves another purpose; it can keep your PCs in the area, and encourage them to put roots down and help the town instead of instilling a sense of vagrancy.

Sleeping is a fairly natural phenomenon in RPGs. With so many abilities dependent on the character’s ability refresh themselves, PCs are all too eager to lay their sweet heads to rest. So rather than tackle this from a “how to implement” perspective, I think this benefits from the “how to capitalize on” one instead. Not every fight should be fought at full health. Mowing down goblins is trite past level three; but goblins, by nature, are sneaky. What if the DM used that to his or her advantage? If the PCs are out in the wild, have the goblins harass them every two hours or so. Not terribly difficult fights, but they may find themselves worn down through the night by the skirmishes. Then by the time they arrive at the Goblin Warrens in the morning, the wizard is still out of spells, and the barbarian is all raged out. The PCs now have a dilemma on their hands; can they risk resting before the fight? Maybe they are on a time table before the Goblins relocate, or strike again. Or do they think they can make do with a half-exhausted party? Using sleep deprival as a tactic against the PCs can be a bit dirty (don’t overdo it for sure), but certainly unexpected. And at the end of the day, the PCs will be as eager for rest as anyone after a long day. Warm beds in walled cities will feel softer than ever.

The DM’s stake in the matter

To reinforce the realism, the DM has to put both feet forward on the planning. When food and rest enter the equation, time and distance do as well. The DM must know how far it is from town to town, and how fast the PCs move. Horses between towns become an investment; twice the time in travel means twice the cost in food. As an added bonus, horses and other beasts of burden can alleviate the weight limit. But in the case of young adventurers, buying a horse is out of the question; even with enough money, they would prefer a nice masterwork weapon of their choice. My opinion is if you’re going to be mean about the mean things, then give them in-game leeway. The person who hired them is willing to loan them an old horse, or sponsor a small amount of the cost for one. It may be odd to help them solve a problem that you imposed yourself, but think of it as additional depth. The players still won’t have to constantly worry about things lesser than slaying, but they are still responsible for them in some small amount. Do they need to watch the horses? Can they lead them into the caves without being spooked?

Stop talking and tell me if it’s worth it

Think carefully before you choose.

*Commercial Doctor Voice* Consult your playgroup to see if “hardcore” mode is right for you. *Clears Throat*. As for me,  I think I will give it a whirl the next time I start up a campaign (with the group’s permission, of course). My first thought is that the majority of the onus lies on the DM; bookkeeping is their domain, and realism adds a metric load of things to worry about. It also can tick off players who want total escapism, and really just care about the next Tarrasque in their life. For my players, I’ll probably tantalize them with promises of better loot as well; after all, if the quantity you can carry goes down, it’s only fair to improve the quality. I like the idea of these small things because it imposes a sense of order on the players. We should view rules not as a way to constrict the player’s freedom, but as a way to highlight challenge and reward more than a lucky crit. For me, bringing real-life concerns into the fantasy game brings the game itself to life.